The Ark of Noah Turkey 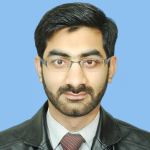 In the old-time, Iraq had an old, beautiful valley between the Euphrates and Tigris rivers. It is about 3300 BC that a riotous tribe of riotous people was living in this beautiful valley. These people were idolaters. The story of Ark of Noah is a miracle of Prophet Noah.

Prophet Noah (peace be upon him) was sent to guide these vain people. He used to guide these peasants to goodness. Allah Almighty gave him a very long life. He lived fourteen hundred and fifty years. He continued to preach and exhort among these arrogant people for more than ninety years, but no result was found in his long and arduous work. Countless poor and weak people accepted his teachings. The rest of the people clung to their huts and continued to worship various idols. Those ugly people took pleasure in trampling on all aspects of life.

Even Noah’s wife and a son flatly refused to pay attention to his corrective words. And since most of the people in this area were involved in all sorts of evil deeds, they continue to worship idols made in human and animal forms.

An onslaught of taunts and inconveniences

The vile people of this filthy entity commit open sins of Hartam’s sins and criminal acts. They did not tolerate any talk of Prophet Noah (peace be upon him). Not only that, but whenever he urged them to be good and avoid evil, the people of Dad’s house make fun of him. There were many mouthfuls among them who did not hesitate to call him crazy. Some funds were even threatening to stone him. These people had made the life of Prophet Noah (peace be upon him) unbearable. But Noah (peace be upon him) was very patient and fearless of Allah. He was not at all afraid of their threats, taunts, and persecutions and was engaged in publishing good thoughts and good deeds according to the commands of Allah.

The people of this valley used to torture Prophet Noah (peace be upon him) with such cruelty. The hairs stand on end with their detail. They beat him so badly. When he regained consciousness, they wrapped him in a sheet and throw him in front of his house in the hope that he will die of wounds, but Allah saves him from death every time. Often, those ugly people throw stones at him so often that he would be seen buried under high piles of rocks. Knowing that he is on the verge of death, the thugs ran away from the place. Despite all these persecutions and sufferings, Prophet Noah (peace be upon him) remained steadfast in his good position. He continued the good mission of reforming the people with full vigor.

It is mentioned once that a rich man came to Noah with his young son. Pointing to him, this ignorant father said to his arrogant son, “My son!”

I brought you here to get to know this person better. He is a liar and a magician. Hates our chosen idols and ancestral ways of worship. My advice is to continue to torment this person as much as possible even after my death. To please him, the mischievous son picked up a stick and rained down on Prophet Noah (peace be upon him) like a river that he bled.

One day Prophet Noah (peace be upon him) addressed these wandering people and once again tried to frighten them with divine punishment. He sighed and said that he had no fear of God’s punishment. Rather, they have made it clear that if you wish, you can send down the torment of Allah on them with zeal. When the deeds of these unruly thugs went too far, the patience of Prophet Noah (peace be upon him) was not exhausted. They are forced to reprimand the ignorant he had to pray to Allah Almighty.

Ark of Noah and His Passengers

Noah’s prayer was accepted. Allah Almighty told him about these evildoers. Soon the torment will come in the form of a great storm. Except for a few pious people, everyone else will drown. He was ordered to build a huge ark as soon as the storm started, you and your good companions got into it immediately.

Prophet Noah (peace be upon him) used to avoid this problem and was engaged in his good deeds with great courage, perseverance, and hard work. The construction of ark was completed with hard work of prophet Noah..

The upper floor was reserved for Prophet Noah (peace be upon him), his righteous family, and the good people who had come to believe in him. Birds were to be kept on the middle floor. Downstairs was dedicated to animals.

One day it started to rain very hard. In addition to the water coming from the sky, innumerable water began to flow from the ground. The torrential rains continued for forty days. The water level kept rising for five months. It looked like the whole world turned into a vast ocean of deep water.

Prophet Noah (peace be upon him) and his good companions had boarded the ark as soon as the flood started. To preserve the species of animals and birds, they put a pair of every living thing in the boat. Eventually, in the midst of a cataclysmic storm, this great ark embarked on its own perilous voyage.

Noah’s son Canaan was very disobedient. As the storm intensified, Noah (peace be upon him) asked him to board the boat, but he flatly refused to comply. Not only that, but he said in a very arrogant and confident manner that he should not be absolutely afraid of the storm because he would climb a high mountain to save his life. And so, the rebellious son drowned right in front of his kind father’s eyes.

The whole area was submerged in deep water. The rain from above did not stop. There were splashes of water even faster than from the surface of the earth. After five consecutive months of severe torment, the storm subsided, and Noah’s Ark came to a halt on Mount Judi. This historic mountain is located at Mount Ararat located in the famous mountain ranges of Turkey.

When the ark reached the Judi mountain, Prophet Noah (peace be upon him) opened a ravine and made it permissible for the surroundings. To see if the storm really stopped, they blew a crow and a dove into the air. Since the tide had not yet receded, the two birds returned to the turmeric boat. Noah waited for a week in the ark. Then he sends a dove into the air. After a while, the dove came back to the boat holding an olive leaf in its beak. Prophet Noah (peace be upon him) decided to stay in the ark for another week. When the information and the atmosphere became clear, Noah and his companions came out of the boat and settled in the vicinity of the place where the ark stopped. They started farming and happiness began to live in this area.

Muhammad Saad Iqbal is a writer, freelancer, educationist, Trader and a Banker. He is MSc. (Hons.) in Plant Breeding and Genetics and is currently enrolled in Master of Business Administration. He is an active freelancer and relationship manager. Muhammad Saad Iqbal is working as a freelancer since 2018 and now leading a company of more than 20 Writers and designers virtually.

Importance of Prayer in Islam

CoronaVirus (COVID-19) and World after it.